Hot cultural topics, straight forward Biblical teaching, Easter, and an intern with duct tape over his mouth. All the makings of a great series. First of all, thanks to Blake Herrington (Mira Lagos Worship intern at the time) for his supreme modeling skills. I hope you didn’t feel too persecuted by the photo shoot…we really needed these intense images and you delivered. For those of you who may not have been around for this series or seen the promo, check it out:

The final scene with the propaganda posters served as a teaser that revealed the topics for the series. If you noticed from the video, one key word or phrase on each poster was vandalized. Our weekly bumper videos showed a close up of each poster with the line marked out being replaced by a graffiti’d alternative that corrected the false statement. For example, “All religions lead to God” was replaced with “One man leads to God”.

This video was fairly straightforward for the most part. The walking sequences were shot in downtown Mansfield with our actor and a three man crew. We tried to make the entire thing seem as urban as possible. Mansfield is not exactly known as a super gritty place.

The biggest challenge for this shoot was creating a temporary “propaganda wall” in the rear parking lot of a local warehouse. We needed to the wall to look seamless, but in reality the posters are covering up a recessed garage. With some great volunteers, some make shift building materials, and a lot of posters we were able to make it happen.

The wall didn’t need to be pretty, just sturdy enough to handle the posters. We also didn’t need to cover the entire height of the garage since we only needed about 8ft of height for the graffiti sequence. 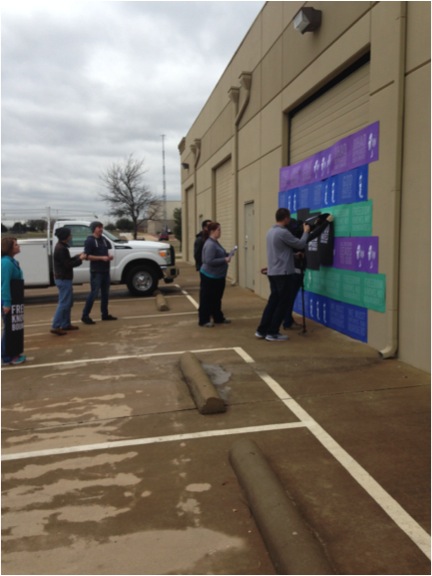 Finally, we’re proud to announce that as a result of this shoot, Blake landed the role of Cyclops in the next X-Men movie. Way to go Blake, way to go. 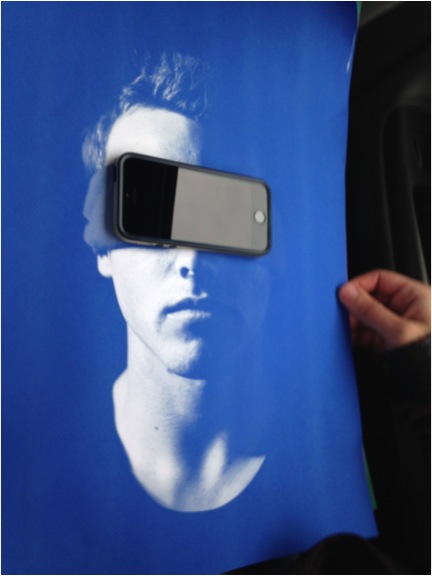